MTA members had the opportunity last week, despite the wild weather, to attend our second National Heavy Vehicle Regulator (NHVR) Member Information Night for the year.

More than 65 members attended to receive first-hand information in regards to Chain of Responsibility Laws which came into effect on October 1 this year, along with other industry issues. NHVR State Operations Manager Paul Simianato together with others from the national regulator reported that South Australia has achieved an 85% to 90% compliance rate with the National Compliance Policy.

Many MTA members have expressed frustration over the Heavy Vehicle National Law (NHVL) since its introduction in 2013. This sentiment surrounds permits, fatigue management and the movement of agricultural machinery.

Bill Lane from CMV/South Central Trucks and Roger Quinsey from Adelaide Coachlines attended the Working Group along with the MTA’s CEO Paul Unerkov, allowing us to discuss issues directly with SAPOL, DPTI, the NHVR, SARTA and Grain Producers SA including:

The national regulator has recognised that changes need to be made to the law, with a major review taking place next year. 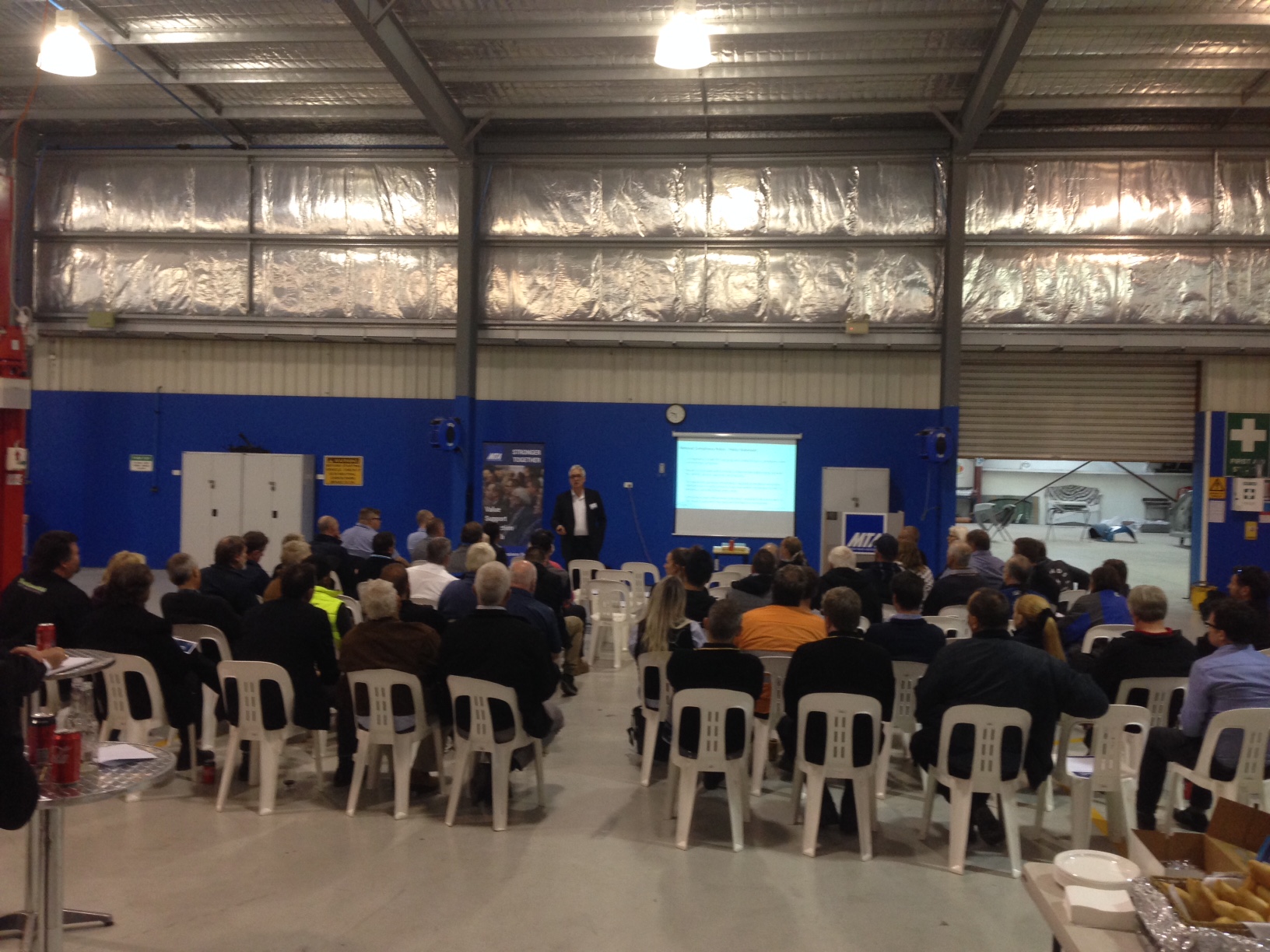