Minimum wages increased as a result of the Annual Wage Review

A decision by the Fair Work Commission has been handed down. Currently, the decision requires a 3.5% increase in Award wages. This is not a final determination and individual rates may change over the next two weeks. To assist members, the Workplace Relations department of the MTA has prepared indicative wage rates. Please note that these are indicative only and are subject to change.

The increase is operative from the first full pay period commencing on or after 1 July 2018.

The decision also increases the subsidiary junior, apprenticeship and traineeship rates, as appropriately adjusted under the previously established methods in modern awards. Increases in wage related allowances in awards will also automatically be adjusted as a result of the increase.

As in previous years, employers paying above award wage rates will have the ability to absorb the increase, as appropriate.

Those members paying above award rates who decide to flow on the increase are encouraged to consider the absorption of payments under the award such as annual leave loading, allowances and other miscellaneous payments that may apply, into any over award wage rates. However, it is important that members have the appropriate documentation to incorporate this into their employment contracts. Members interested in discussing this further can contact the Workplace Relations Department of the MTA.

Members are referred to the ‘Interim’ wage rates below which reflect the increase in the adult wage rates in the Vehicle Award and Clerks Award, pending the finalisation of all award rates by the FWC. Complete revised wage schedules in both awards will be updated on the MTA website in due course. It is anticipated that the FWC will issue the finalised rates within the next two weeks. 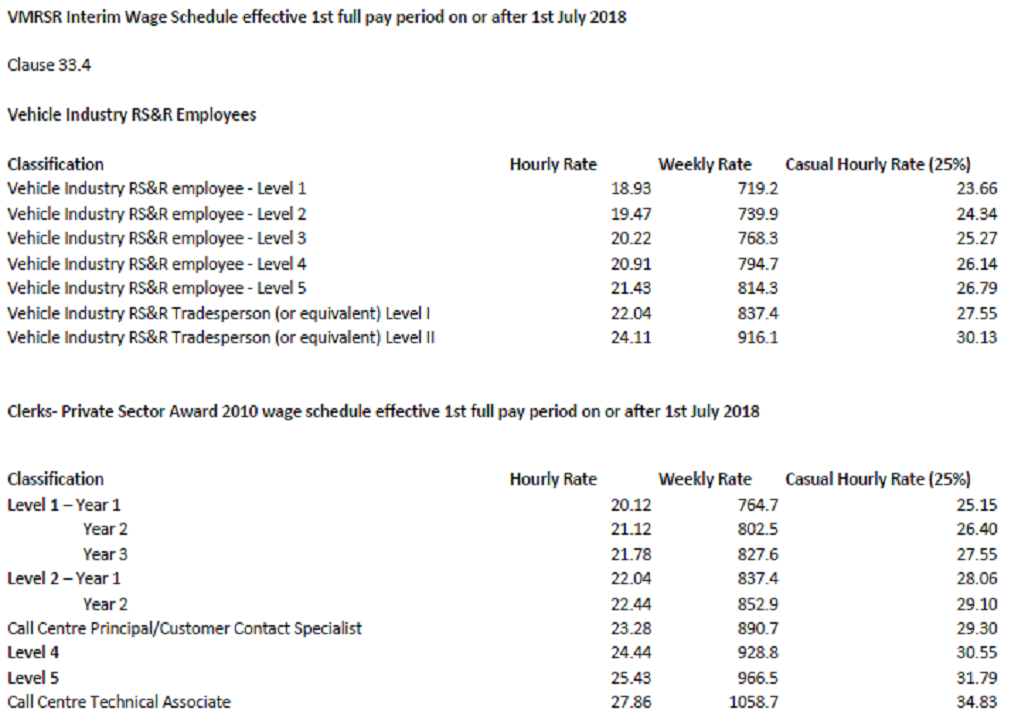